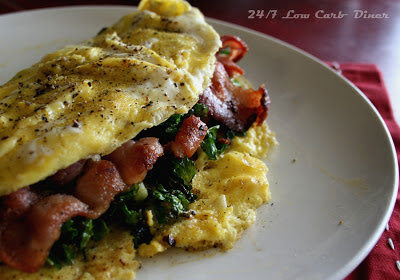 It is back to basics for me.  So basic, I am having a hard time coming up with recipes or food to show off here on the Diner blog. If you follow me on Facebook, you may have read the post where I explain that I ate a lot of Christmas sweets. Mostly legal, made with Swerve or sucralose, but a few here and there that someone else made not so carefully. We had my own cookies, red  velvet cheesecake and brownies, and amazing sugarfree jalapeno cheesecake.  Yes, that is actually sweet and was a last minute request from my Pearson. He tried it at his fancy office party and asked me to duplicate it.  Sure enough, the how to was on Youtube. Being Christmas Eve, and hosting a sit down dinner, I didn't have time to photograph it.  Now I am off sweets, so it may be a while on that one.

Why am I off sweets--even the low carb sweeteners? Basically, I was getting too accustomed to them. Having dessert and cookies around made me snack more, eat more and expect more. I swear eating sweets may make me hungrier. I had never noticed huge cravings, but I think it got the ball rolling on overeating for me. I know it is not as simple as calories in, calories out, but too much food does make me gain. I have read theories that any sweetener, even the artificial ones, trigger the area of our brains that respond to sweetness, That I hear can cause continued cravings. I figured it would be worth a try to go off sweetners of any kind and see for myself.

Given that I also know that I use too much cheese in my diet, I decided to cut that as well. I have been trying to cut back, but I love it so. But if so many paleo eaters could do it, I am willing to try. To get me the inspiration I need, I opted to join a whole lot of other crazy people and take the Whole 30 challenge. You can read about the plan at the Whole 9 website. Basically, no grains, alcohol, sweeteners, legumes, soy, and a list of additives to stay away from... for thirty days. Some of these are harder than others more me, but being a low carber, I am far ahead of the curve.

What has been hard? No sweetener in my coffee. I think I have pretty much given up coffee for the month.I missed cheese in my breakfast casserole, although some rutabaga chunks were a fun addition. And as usual, making non low carb food for others is a bit of a challenge. Not to grab a taste here and there when you are the cook. Hate that part!

The upside is enjoying the true flavors of the foods in a simpler state. The cucumber in my salad had a great flavor yesterday. As did the grape tomatoes. Yes, they still had a dressing, just not the blue cheese I prefer. You really get to know your veggies eating this way. That is a good thing.

Like this morning. Yes, finally the recipe you say. Uninspired for blog worthy cooking, I headed into make bacon omelets for me and my guy. Then I thought how I really should be adding a vegetable in there. I almost grabbed the spinach, but instead went for the kale, I usually use it in soups or salads, but on a whim decided to saute it. Lovely in the bacon grease. And when you have gone far out of the way to find sugarfree bacon, you really want to use the grease too. Kale has such a neutral flavor, the bacon really came through.  Perfect with just a dash of sea salt. Plus, it stays volumous and gets slightly crisped, not the shrunken pile  of greens you get with spinach.

So there you have it. I won't bother to put it in recipe format because I am sure you know how to make an omelet. This one has 4 eggs, 4 slices of bacon, and 3 chopped kale leaves, stems discarded. Just fry the bacon, then saute the kale. I had to add a little coconut oil to the pan for the omelet. Assembled, this fed hubby and me. And you know what? This time, I didn't even miss the cheese. Progress.

Hey, I tried adding kale to an omelette, and was delighted at how much more substantial it seemed. It was big and puffy, and made me "think" I was eating more, ha ha. And I got my "greens" in, too. Thanks for the idea, Lisa.

These 3 researches from major medicinal journals are sure to turn the traditional nutrition world upside down!

New Diet Taps into Revolutionary Concept to Help Dieters Get Rid Of 20 Pounds within Just 21 Days!