We just attended a Chili cook-off last weekend. I used my dual crock pot to make two versions of my chili--one with beans and one low carb without. I did win the spiciest chili, but that is among a bunch of greenhorns. I would have liked mine much spicier, but alas we had too many kids needing to eat. Sweeter chilis generally win with this crowd. Just can't bring myself to make it that way.

I like all different kinds of chili, and I love to experiment. In the cookbook is Punkin Chili and 24 Hour Chili--made with barbecue sauce. I'll post this year's recipe too.

Let this cook for several hours on low.


I added some chili beans to one side of the chili. Low carbers could add black soy beans.

Things just never seem to go as planned. They cookbook was ready. The web page for ordering was...well...almost ready. Then life as usual intervened, and suddenly it is two months later. But now it seems as it is the real deal. Time to launch the cooking system and let my friends and fellow low carbers know about my venture.

The webpage is ready for orders. On it, you will find some sample recipes, some photos, and a brief explanation of how my kitchen system works. I also have the newsletter ready for anyone who buys the cookbook and joins up. That has extra recipes, favorite kitchen gadgets, seasonal ideas and more stuff that somehow interests me as a cook or low carber. I will also list the recipes I have chosen for entrees for the month.

Here's a sample from the October newsletter:

Joseph’s Cinnamon Crisps
Spread softened butter on a sheet of Lavash bread. Fold it together to make sure butter is evenly distributed even to the edge. Unfold the bread.
Mix 1/4 cup of granulated Splenda with 1 teaspoon of Cinnamon.
Sprinkle the sugar mixture over the buttered bread.
Cut the bread into 3 inch strips using a knife or pizza cutter.
Bake in the oven for 6-8 minutes at 350 degrees.

Get the cookbook and newsletter to get the pumpkin dip recipe that goes with these chips. Yummy. 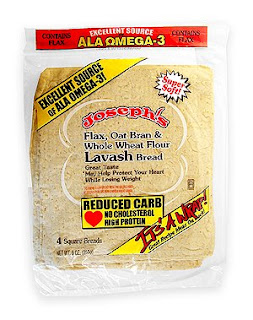 I promise to be posting more regularly now. Be sure to let me know when you have stopped by.