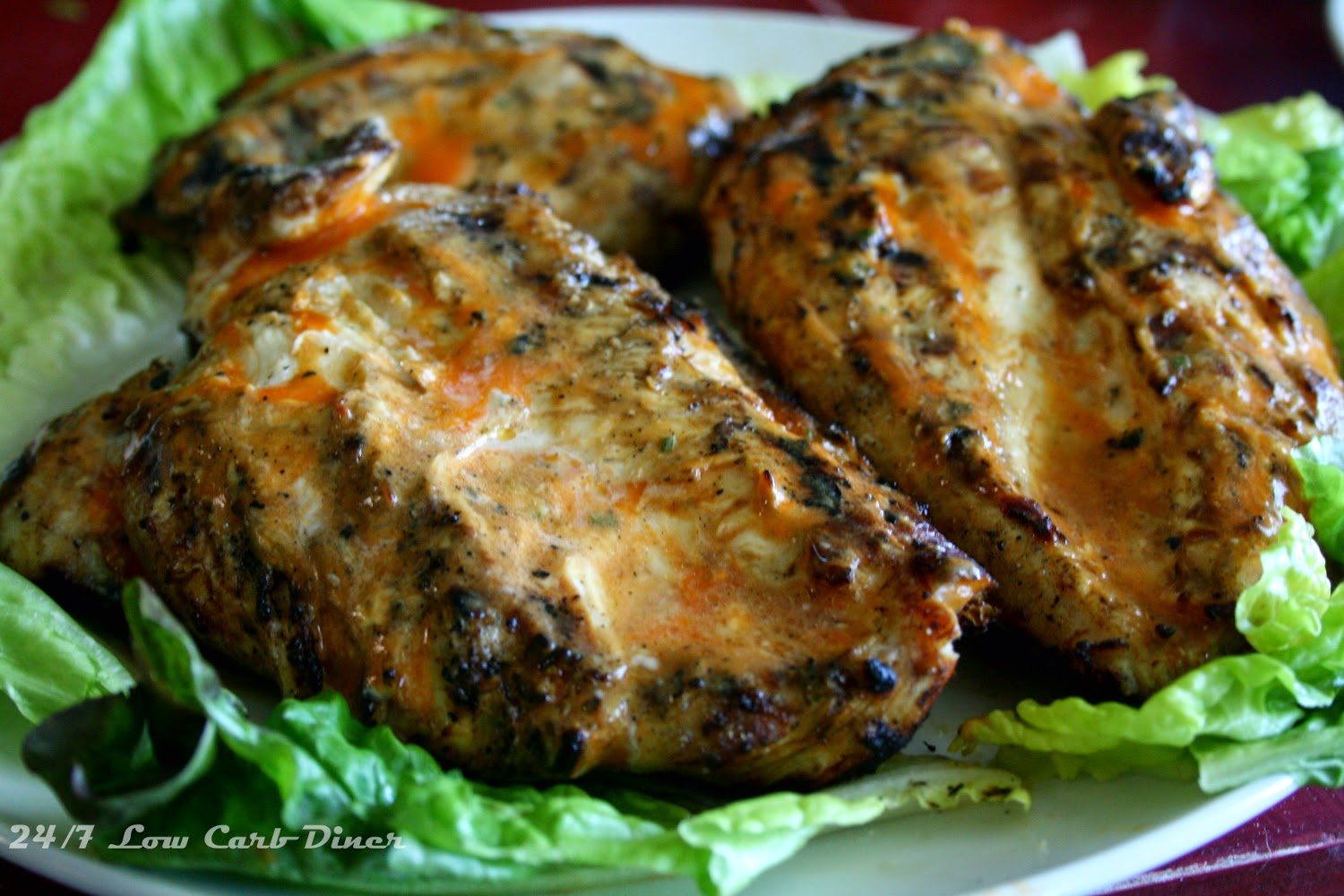 Those who follow the Diner plan do a weekend prep day, right? Today, my Multiply Meal was grilled chicken breast. Not so fancy. My dear hubby just recently repaired the grill he received as a Father's Day Gift from our boys three years ago. Seriously it has been the money pit of grills...and still refused to work.  My guys found this high end grill at a neighborhood garage sale. The sellers promised it worked. Uuuhhm...no. John replaced parts--burners even. Still no. He bought a new propane adapter. Still not. Back to pouring charcoal into his old grill. Our back porch has been a maze of grills for three years. But we just kept putting money into it, refusing to give up.With renewed spring vigor, John finally got it working! He made lots of hamburgers, along with steak and grilled chicken for our fajitas last week. Those were awesome. Then a storm came though and blew the monster grill over. Ceramic pieces and grill grates all over the place. Thankfully most of it survived although we will now need some new ceramic pads...yep, more money. It is the gift that just keeps giving  taking.  I guess it has still been less expensive than buying it new. John will always be proud because it was given by his boys.

Our monster grill did get to return some love today. I marinated and hubby grilled 5 pounds of chicken breast. Because I did not want all the same flavor, I made up three different new marinades. Gotta say they are all a hit. (I have only sliced off a bit here or there, as these will be meals later this week) Yes, you do lose a little bit of that fresh off the fire flavor, but it is still better to be able to be lazy later in the week. Running the school, I am not sure I can call it laziness--supreme business seems to be my problem. Kinda like adopting 20 teenagers as my own. Having a couple of nice dinners and lunches ready to go will make life so much easier. That is the Diner system at its best.

I am going to feature each of the marinades and subsequent meals separately this week. I was going to put them all in one post, but they are so tasty, I have decided each deserves it own blog. The guys asked for this one for tonight's dinner. Later this week, we will dine on a rosemary garlic chicken meal, and I plan to serve some amazing Ginger Thai chicken salads. So different and so good. Better even still, only one trip to the grill, and no raw chicken lurking in the fridge.

The Buffalo Grilled Chicken takes advantage of a couple of Dollar Tree deals. Yes I am frugal, so don't be a snob. I like the Chicken Wing Sauce from Louisiana Supreme. It lists 0 carbs per serving. I also found the dry dressing mix for Kraft's Blue Cheese Anything--dip, dressing and recipe mix. 1/12 servings of the mix have <1 carb, and I use about 1/4 of the package. Since my guys don't like real blue cheese, this is a good compromise for us. Combined with the wing sauce and butter, it makes a really creamy sauce that is not too spicy or tart with vinegar. I really like the outdoor grilled flavor combined with the Buffalo style sauce They go well together to my taste. 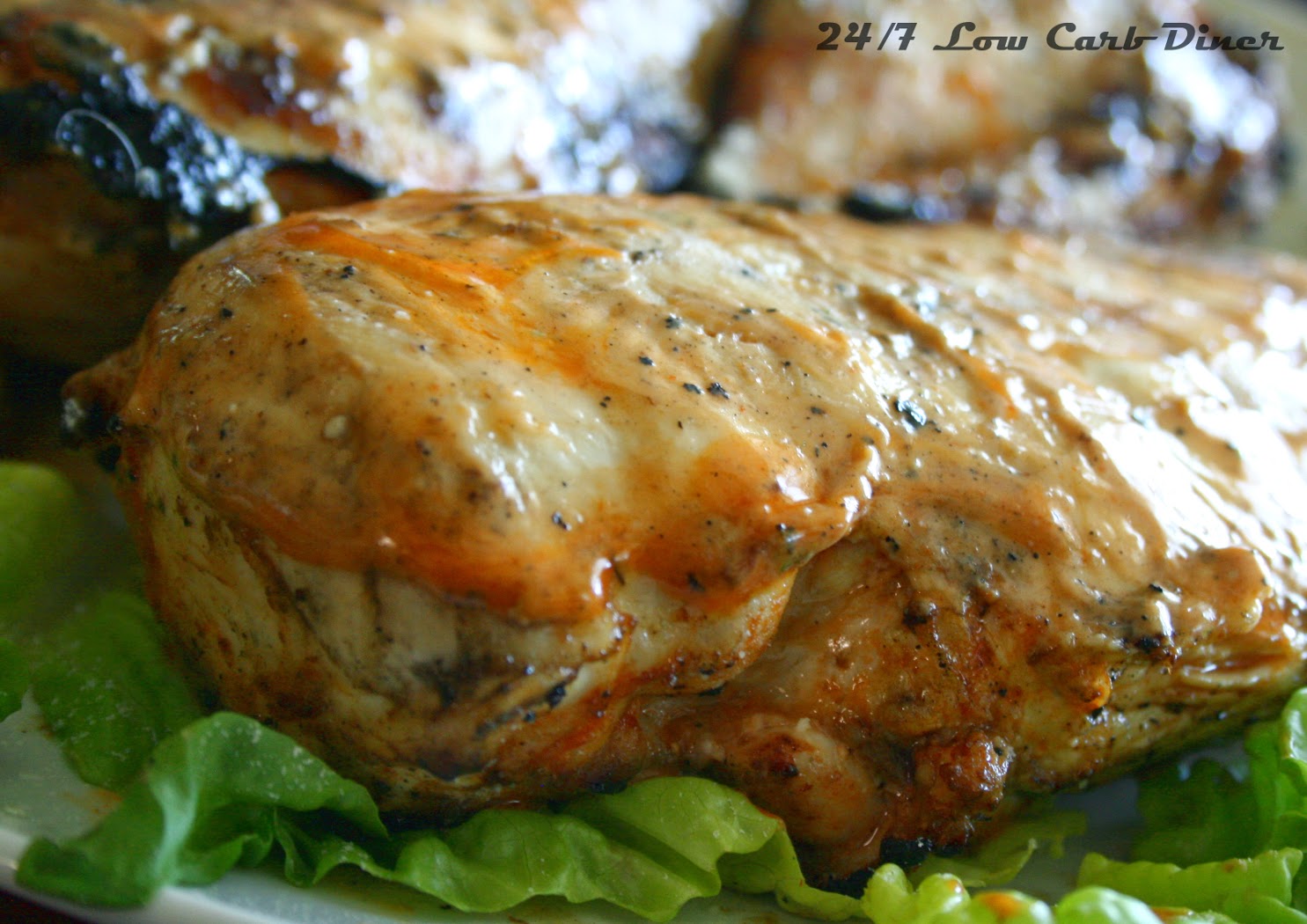 Remove chicken and discard marinade. Grill chicken until no pink remains.Baste with sauce during the last few minutes of grilling, or brush on after removing chicken from the grill.


There! It is really so simple and fun. We will have a big salad with it--blue cheese dressing for me, Ranch for the hubby. Trying to think of another side--what sounds good to you?

Here is a sneak peak at the other two recipes: 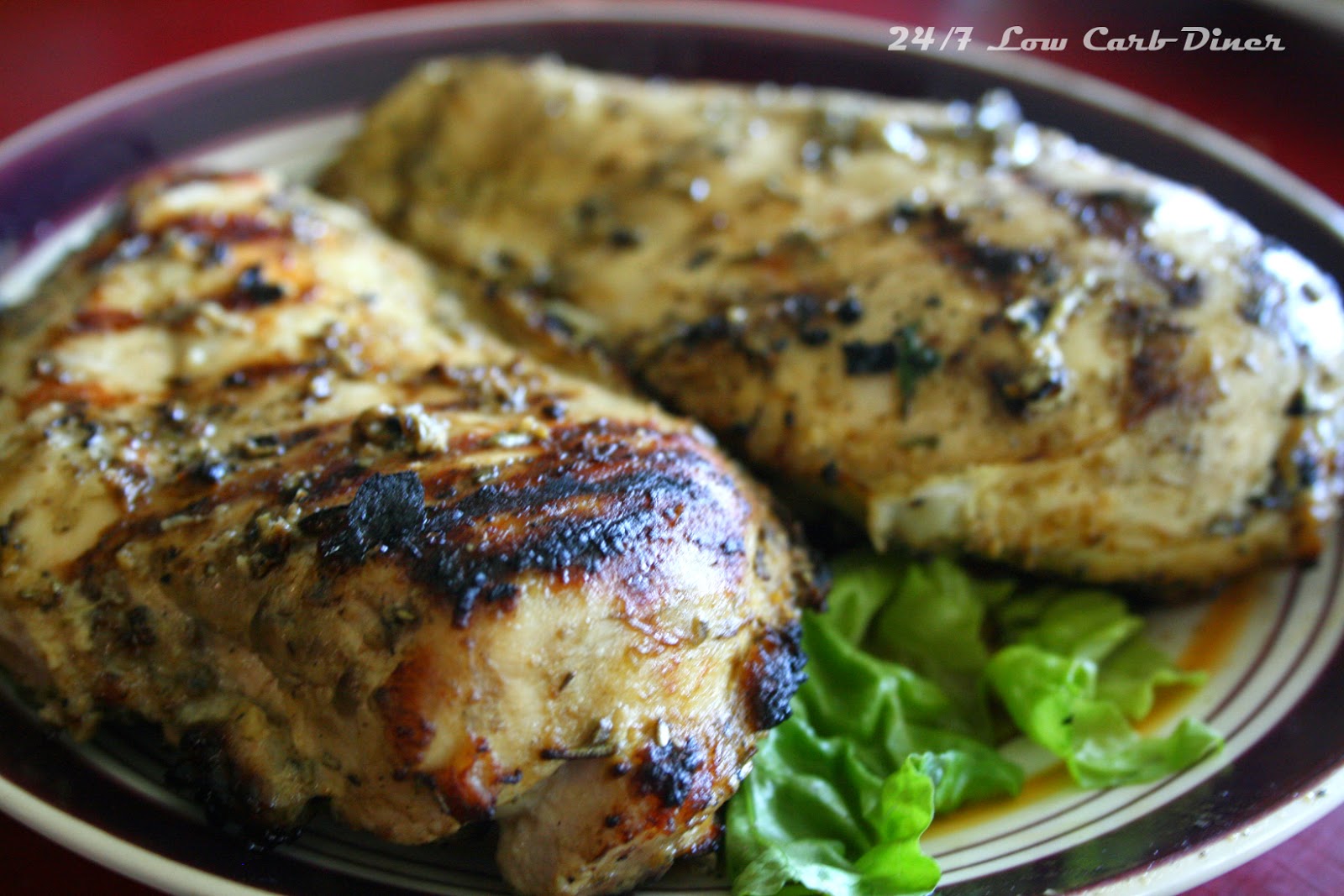 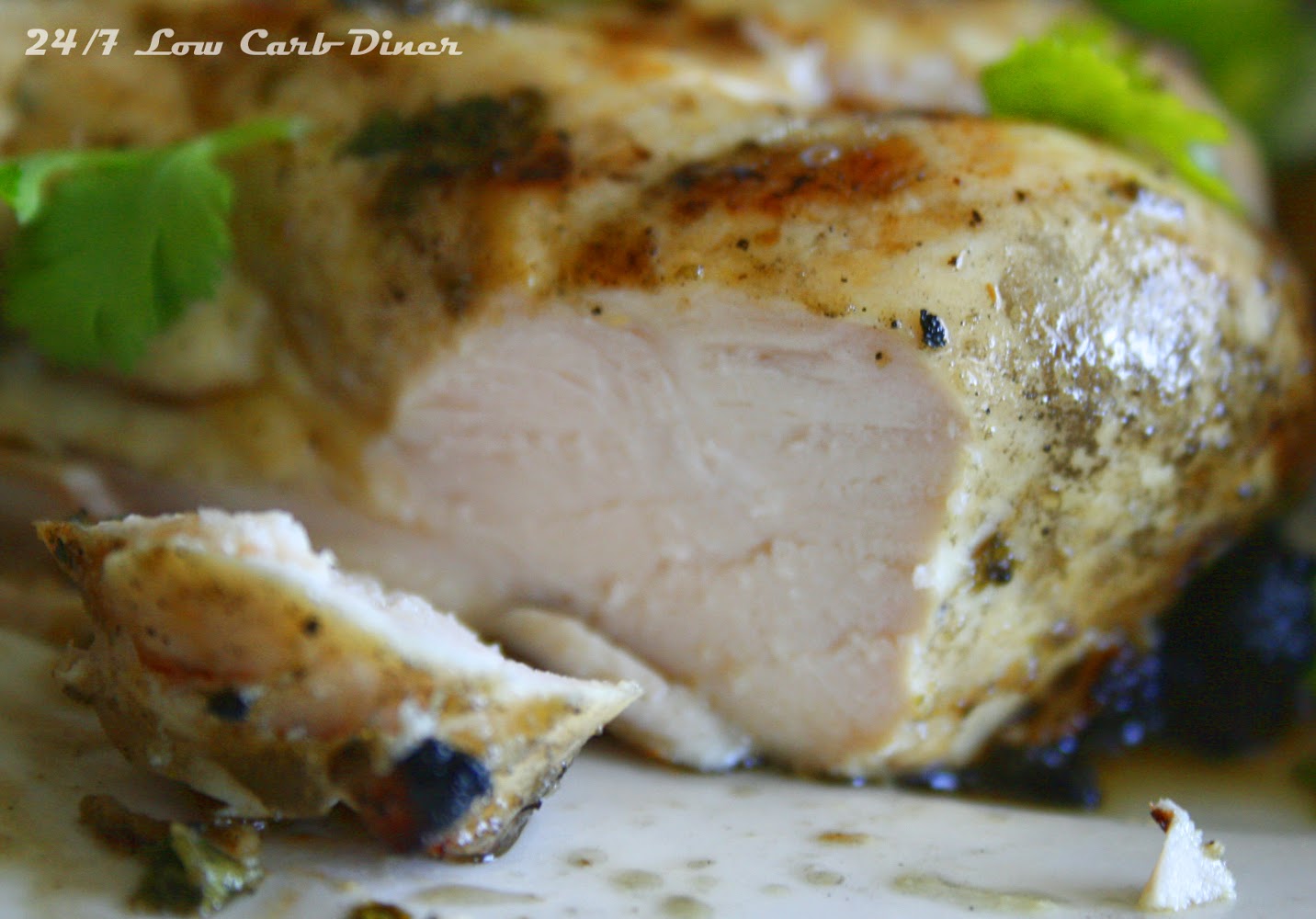 Posted by Lisa Marshall at 3:33 PM

How much hot sauce do you actually use? Your recipe says 1/2 cup and then lower it says 1 tbsp

I would like to test this menu into my own Hotel. Thank you for the post sir.

What is butter flavoring and where do you buy it?

Butter buds is one brand of butter flavoring. Just ask a clerk at your local grocery store.