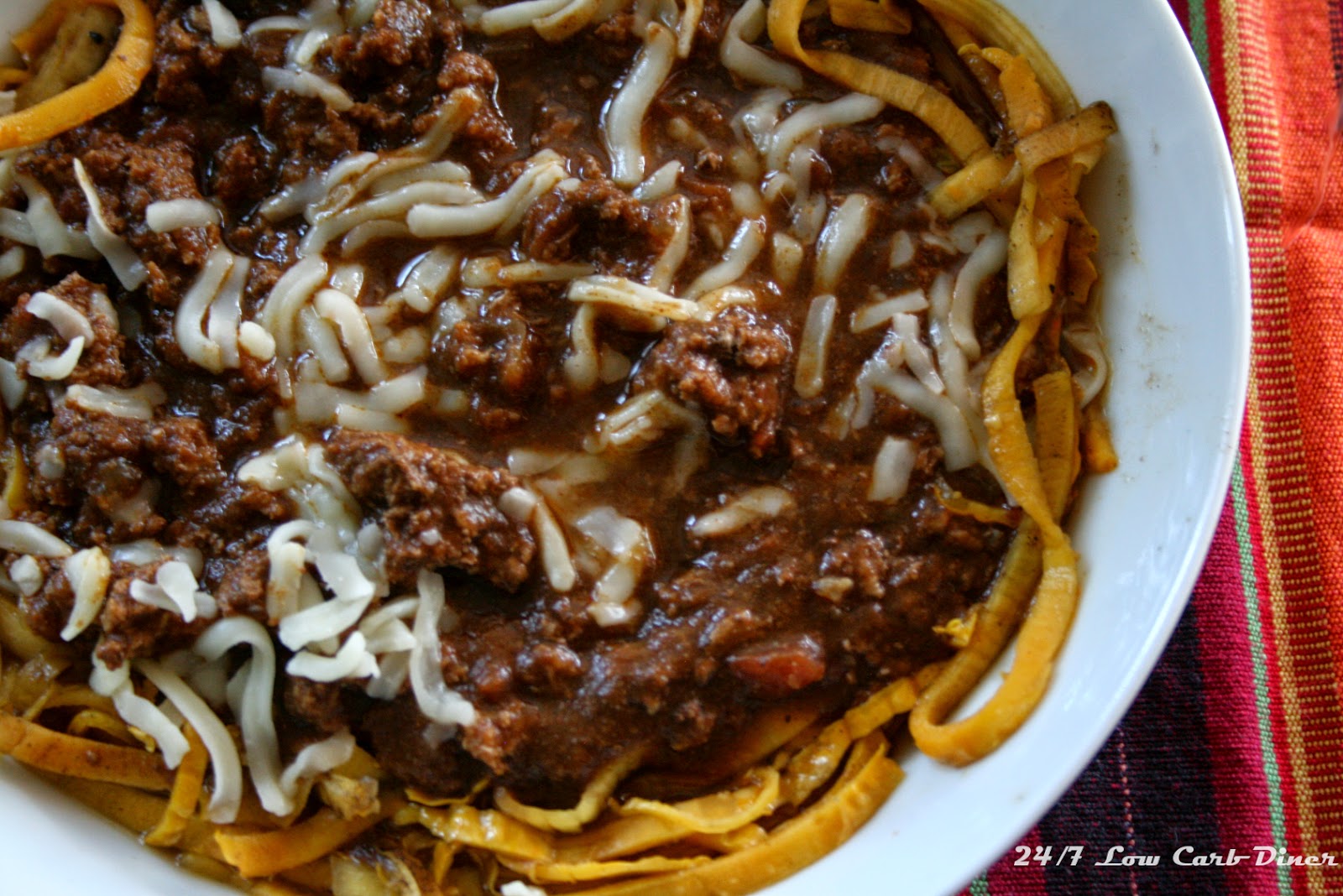 I remember back in high school, when we had an assembly with a longer than normal lunch break, my friends would load into my Mercury Comet (could tell ya a few stories about that car!) and drive across my little hometown to the Coney Islander. I never ate the coneys. I always got the 3-Way--spaghetti noodles, chili and cheese. My little restaurant did not count beans as separate. I understand true Cincinnati lovers would say I was eating a 4 way, but hey, we were a long way from Ohio! I loved it even though I usually did end up with a spot or two of chili on my shirt.

I happened to see 3-Way again recently, and that started a craving. So today, I decided to make a batch. My oldest son really liked the spice combo in the vegetarian version I used to make. The taste of Cincinnati chili is different. The spices are amped up from traditional chili. Cinnamon, Allspice and Cloves. Add those to the chili powder, cumin and coriander. But, the chili is the easy part. Where to get that spaghetti? I chose to cut some yellow squash--the last from my gardening friends. Not exactly the same, but really good in its own right. The chili would be good on it's own too.

Since it is prep day, and those are ever so important with the hours I am keeping at school, I opted for a pressure cooker version today. Full of shortcuts even. You can do the slower version and not cheat as much as I did. Either way, you will have a delicious meal. My apologies to the Cincinnati purists. Think of this version as a tribute rather than a copy. I used both ground beef and ground turkey, Cost efficient and a good way to make my grass fed beef go farther. And I even skipped the browning step. Don't do this unless you are making it in the pressure cooker like I am.

Option 1: Brown the ground beef, turkey and chopped onion in the base of the pressure cooker or in a skillet. Drain any fat, then add the water, tomatoes, pumpkin, chili powder, cumin, cocoa powder, coriander, salt, garlic powder, allspice, cinnamon and cloves. Bring to full pressure and cook for 15 minutes. Let pressure release naturally. After cooking, add the vinegar and sweetener. Adjust salt to taste.

Use a julienne tool to create squash noodles. Saute them lightly in coconut oil. Divide among plates and spoon chili over the squash. Top with cheese and serve.


I ate a portion tonight, and this will make a fine lunch this week at school also. No more driving that old car on my lunch hour!

Posted by Lisa Marshall at 9:01 PM

Love the idea of adding pumpkin! What does it add to the recipe? Flavor? Thickening?

The pumpkin may sweeten it a tiny bit, but mostly it adds texture. It really thickens it up!

Beef is so &*(%^ expensive here in Vegas. I have a pound of ground turkey in the freezer. Could an equivalent of TVP (textured vegetable protein) be substituted for the beef?

Update: Just made this with a double dose of turkey. Substituted nutmeg for the allspice and added some mushrooms for additional meatiness. Next time I make it, I'm reducing the water by a cup. I found it a little soupier than I normally eat my chili. But other than that, best chili I had in ages. Didn't even miss the beans.

These 3 researches from big medical magazines are sure to turn the conventional nutrition world around!