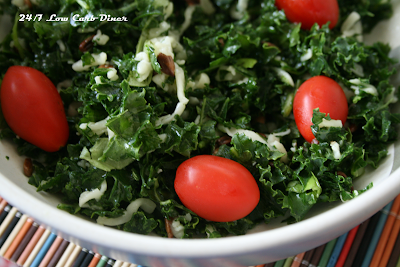 Whew! I am cooking up a storm this weekend. Well, maybe cooking is not the right word, but my kitchen is a disaster. I have about 5 salad recipes going  at once in there. I am getting the Diner News ready to go out for August. Frankly, even with a bout of cooler than normal weather around my parts, I know that for most of us, August is not a month to spend a lot of time standing over the stove. My apologies to those of you in the southern hemisphere. I actually envy you because I hate the heat of summer.

My home town had a nice little storm the other night, and much of my city has been without electricity for days. This time I was among the fortunate who got my service back within  a day. Our school never lost power. My friends were not so lucky. But then most of these recipes would be fine without a stove or oven. Maybe just a grill and ice chest--an of course, that pesky trip to find a grocer that actually had fresh produce on the shelves.

So the theme is salads. Entrees, sides, lettuce-free, you name it, my kitchen has it going on. When I found my cucumber was a little too limp, I sent the hubby to the store down the street for another. He returned with three giant cucumbers. Now I am going to have to figure out something else to do with these. I have never been a huge cucumber fan, so if you have any suggestions... I have two recipes which use these, but the guys won't touch them so I usually go light on the cucumber. Maybe cucumber spa water. I have been enjoying my herb waters as of late. I adore basil water and lemon balm water.

So maybe you are wondering when I am getting to the Kale salad as promised. I actually ate this beauty a couple of weeks ago. I have been so busy with engineering camp to write the recipe down. It is hard for a history and english type to teach hands on engineering. I had lots of homework to do. Over 1000 Popsicle sticks later and at least a dozen hot glue burns, we are done with summer camps. Woohoo. Just a few things to wrap up and on to next year.

Kale is a nutritional powerhouse, but it can be a little dense and earthy. I loved the way it holds its shape when I sauteed it for omelets. I thought that might just work for salads too. It does! I paired it with some super yummy shredded yogurt cheese I found at Sprouts. It is creamy and tangy at the same time and was delightful with the kale. It is nothing like the yogurt cream cheese made by dripping yogurt, A sprinkling of toasted sunflower seeds made for an amazing combination of textures. So different from a standard salad. The recipe is in the next Diner News, but I will share it here to give you a preview of the goodies you will find in the upcoming issue.

Chop the kale into wide strips and remove the tough spine. Saute kale in coconut oil for 5 minutes, stirring often. Remove from heat. Use the remaining oil to sauté the sunflower nuts if raw. Let kale cool for 5 minutes. Divide it among 4 serving bowls.

Sprinkle with shredded yogurt cheese. Add tomatoes and sunflower seed kernels. Add a dressing of choice, a light vinaigrette is perfect to not overpower the cheese.

* You may substitute any type of shredded cheese, but the yogurt cheese melts into the kale very well.

Posted by Lisa Marshall at 8:38 PM

Email ThisBlogThis!Share to TwitterShare to FacebookShare to Pinterest
Labels: salad

The meaning of this is that you actually get rid of fat by eating coconut fat (including coconut milk, coconut cream and coconut oil).