This pork tenderloin is delicious--tender, yet it still holds together in slices. That makes it pretty. The flavors of the Cuban marinade are unusual but tangy and bright. This is such a nice dish.  It is really easy to prepare, just save yourself some marinade time. Some say acids in marinating over an hour will break down the tissues and make the meat mushy, but I did not find that to be true. A 6 hour marinade worked great for me! I usually use a pork loin, but the tenderloins were on sale, so I treated us to this smaller cut. I promise I will not miss any sales in the future. This is that good.

I made a small entree--using a single tenderloin for this. Pork tenderloin is often packaged in two pieces which look like a single cut inside the plastic. You have your choice of cooking both tenderloins with the same recipe or making two different entrees. Some people tie them together to make one larger roast, while others cook them separately.  I opted to use the other half package for a crockpot recipe. Both were good, but the presentation on this one is much better with the slices. The slowcooked recipe shredded when I tried to slice it. I will have both of these recipes in the April Diner News. It is going to be all things pork. We are having fun as I try new recipes. 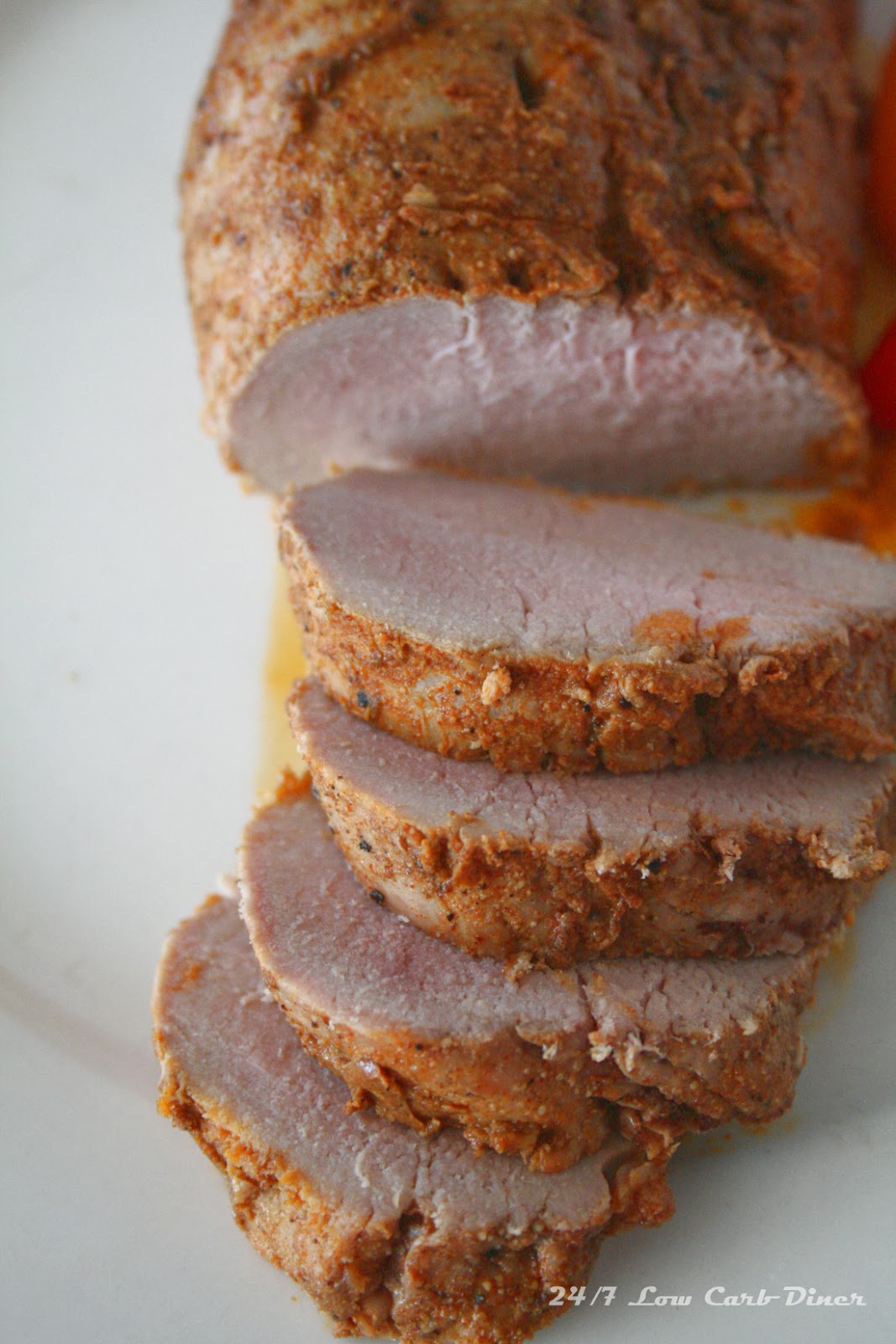 Combine all ingredients for the marinade in a gallon storage bag. Add the pork tenderloin and marinate for 6-8 hours. Place the tenderloin along with the marinade into a casserole dish. Bake at 350 degrees until the center reads 150 on a meat thermometer. (about 20 minutes per pound)

I think this marinade would could also be doubled and used for a really nice, but larger, pork loin. I think it would also work well on chicken, it would be just a little less Cuban. If you don't devour it, cube a few slices and make a wonderful salad. For side dishes, think of things that go well with the tartness of the lime and the earthiness of the chili powder and cumin. The ginger adds to a sophisticated taste and makes this very different from a Tex-Mex recipe. You just ought to try it for yourself.

The True Lime is optional, but it is something I always keep on hand. I love a packet added to my water bottle. So refreshing! Yes, a little more lime juice will work too, but it is easy to carry a packet of True Lime with me when I go out. That and it never lingers forgotten in the vegetable bin. No, I don't get paid to recommend True Lime. Darnit. 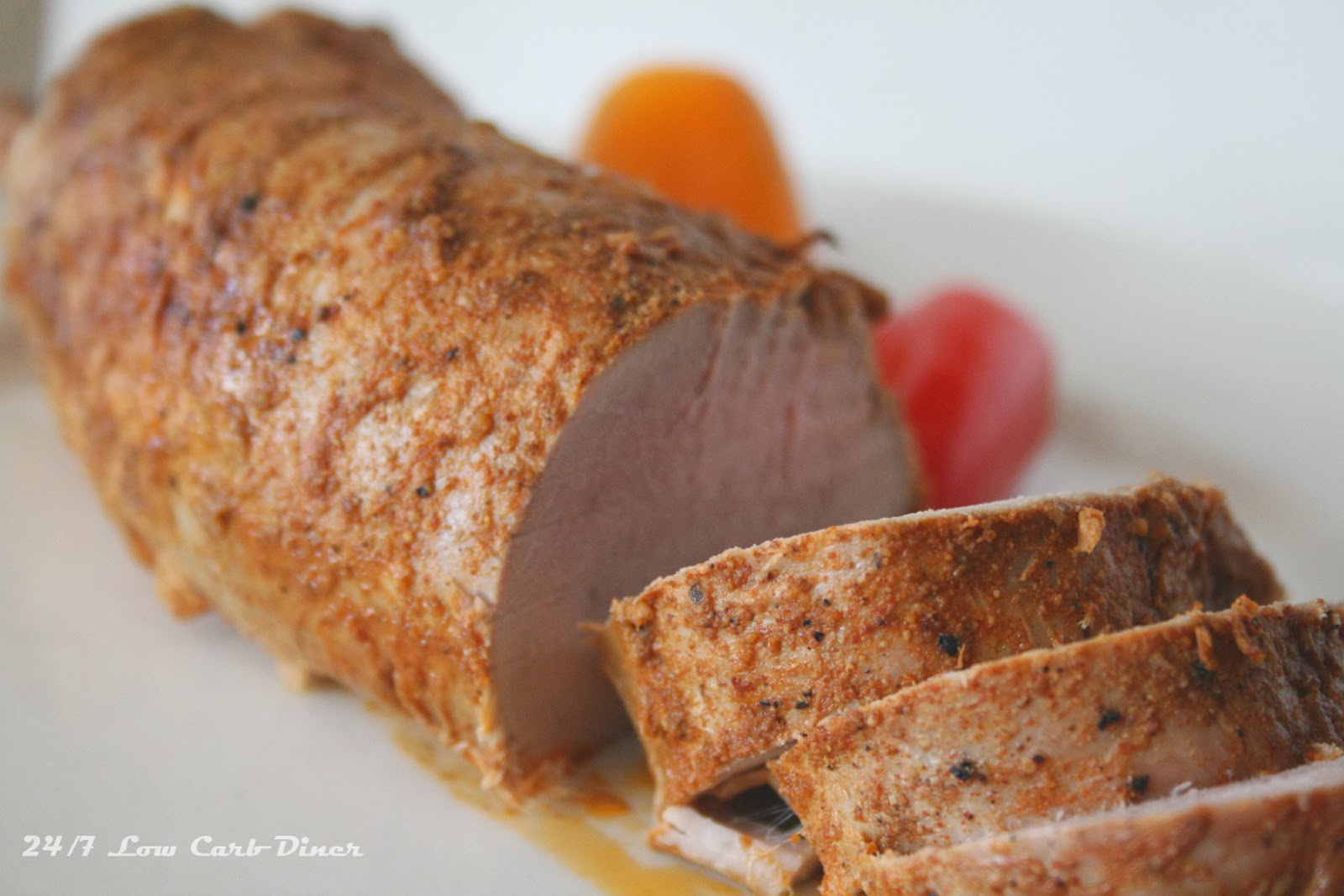 Get more great recipes at the Low Carbing Among Friends Facebook Page:               https://www.facebook.com/LowCarbingAmongFriends
Order our books at: http://amongfriends.us/24-7-LCD.php
Love the recipes I share on this blog? My ebook helps you plan and prep to stay healthy 24/7.   http://www.247lowcarbdiner.com

I love on your dishes I have made but could you please leave ideas what to serve with it? I am not so good at this low carb diet and need all the help I can get! By the way your bahn mi is out of this world!

This would be great with some sauteed cabbage and bell peppers, I think. That is a standard go to at our house. Any combo of steamed veggies would be nice too. You could round out the meal with some sliced berries over a quick muffin in a mug or some lemon yogurt.

There is an incredible new opportunity that is gaining rapid popularity online.

You can collect up to $75 per each survey!

And it is available to anybody in the world!