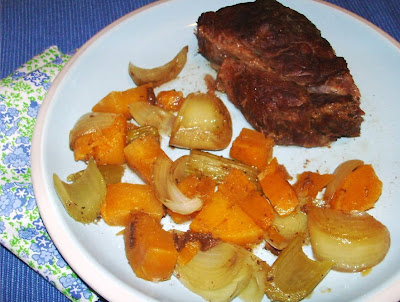 When my college boys aren't around, a crock pot roast goes much farther. This one I was able to turn into a Triple Play meal. The first meal we had as a simple crock pot roast. Instead of potatoes, I peeled up a rutabaga. In went some onion and celery too. Those both add so much flavor.

So my two remaining boys were happy. This is truly a manly meal. For lunch the next day, however, I changed it up a bit. MMM. Smokey Beef Spread. This is actually a recipe I have used with leftover brisket, but roast will do. Since I still have my mom's Ninja machine, I used it to chop up the roast. I think I overdid it a bit and absolutely pulverized the poor thing. This spread really looks nothing like the brisket version. That I have always diced by hand and it remained chunky. I think I prefer the look of the chunkier spread, but the ease of the Ninja version. Maybe, you could use a food processor and try not to overmix. I seem to always get too much of a good thing. 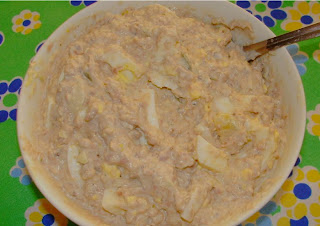 The recipe for the spread is in the e-book. It is basically a mayo and cream cheese dressing mixed with chopped pickles and liquid smoke. Fantastic flavor. This time, since I was running a bit low on roast beef, I added two hard boiled eggs. Fortunately, I did not add those to the Ninja! 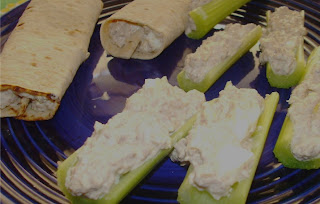 To serve the spread, I gave John one half a lavash bread and made it a roll up. The rest went on celery sticks.

The third meal will be a vegetable soup, using the broth from the roast, some leftover veggies baked with it, and some veggies added fresh. Just use what you have in the fridge; nearly anything goes. Mushrooms and celery are great choices.