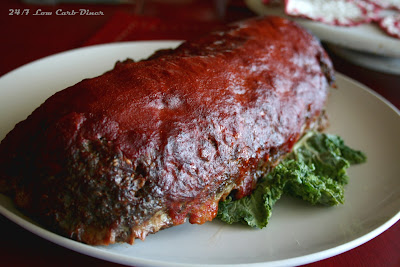 I don't remember my mom or grandma ever making cabbage rolls. We had a Lebanese Steakhouse in my hometown, but that was pricey and kids like me never went anywhere pricey. Heck, when I was little, pizza parlors were are huge event for us. I do have a fond memory when it comes to cabbage rolls though. They were one of the first meals I ever had prepared for me by a man as his date. Working my job as a radio station promotions assistant back in the day, I received an undue amount of attention from men. How could I help it? I sat in this one person booth that advertised my station and tried to talk to everyone about our promotion. I ended up with a lot of dinner invitations. Since ours was a Contemporary Christian station, none of the guys were creepers. I guess it is easier for a man to approach a girl who is getting paid to smile at him. But no-- lest you think I was just eye candy-- that was not the point of my job. I also wrote ad copy and newsletters and managed the sales office. But one day at a furniture store, this nice airline mechanic bought a sofa just because I said I liked it. We dated a few times before I met my future husband (ironically NOT via that promotion, though he did end up accompanying me later to a few events). That very nice guy, Bob, made me these wonderful cabbage rolls. Better than I had ever tasted. He even brought the leftovers to me a couple of days later. I think I still have the Tupperware container he brought them in.  Bad me--I said goodbye to poor Bob after John became my one true love. I should not have kept his Tupperware, but I still don't think I broke his heart. That said, thanks Bob for teaching me to love cabbage rolls...and sorry. 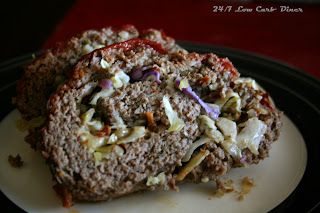 Now, Bob must have been trying to impress me, because I think stuffing individual rolls are way too much trouble. I have a good crockpot Lebanese dinner in the e-book. This is a meatier, flavorful version. The cabbage leaves are replaced with a super easy cole slaw mix. The meatloaf is rolled up jelly roll style. Delish and easy. I would say fast, but it does take some serious oven time.If you don't have sun dried tomatoes or chia seeds, this should still work, so don't let that deter you. 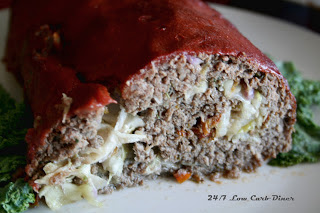 Mince and steam cauliflower. In a large bowl, combine ground beef and cauliflower with egg. Add chia seeds, tomatoes. Parsley flakes, lemon pepper, garlic powder, salt, cinnamon, allspice and onion powder. Use your hands to mix the ingredients together well. Place a sheet of foil on a baking sheet. Press the beef mixture over the foil into a rectangle. The meat should be about ¾ inch thick. Sprinkle the cole slaw mix over the meat, leaving a 2 inch border around the edges. Press the cabbage into the meat gently.  Using the edge of the foil, roll the meat mixture up jelly roll style. Seal the ends and the edge and move the foil to place the roll in the center of the sheet.


To prepare the sauce, add the vinegar and sweetener to the tomato sauce. Spoon half of the sauce over the meatloaf. Bake in a preheated 400 degree oven for 40 minutes. At that time, spoon the remaining sauce over the meatloaf and cook an additional 15 minutes or until a meat thermometer registers 160. Remove the loaf from the oven and let cool five minutes before cutting.

It is funny how the minced cauliflower, which I was using to substitute for the rice, got completely lost in the meatloaf. If you want to see it better, don't mince it too finely. Though if you have a cauliflower hater, mince it quite fine and they will never know!  My hubby John just ate some and really, really liked this recipe. I told him that I was telling this story. Even though the recipe reminds me of Bob, John knows he was the guy who won my heart. Way back in 1986 and still today.

Get more great recipes at the Low Carbing Among Friends Facebook Page:  https://www.facebook.com/LowCarbingAmongFriends

Posted by Lisa Marshall at 4:55 PM

I will be trying this for sure!!! Looks and sounds awesome. I love cabbage rolls and have numerous recipes for them but somehow never get around to making them. Thank you, Lisa!!!

Oooh! This sounds really good. Grew up in a Greek family, lots of stuffed grape leaves and sometimes cabbage subbed for the grape leaves. I also love meat loaf and look forward to trying this soon!

My husband won't eat cauliflower or cabbage...but maybe if I mince my own cabbage really fine also I can fool him. Sounds so good...

I'm going to make this tonight. I wonder if the cauliflower would be more like rice if it wasn't steamed before mixing it in? If it's baked for an hour it would still be cooked, but maybe not so mushy that it will just blend in with everything else. I'll give it a try tonight and see what happens. This looks fantastic!

I seldom leave comments on recipes, but had to let you know that my husband proclaimed this among the top meatloaves EVER. Not just low carb. Yes, better than Mom's

We had leftover sauteed cabbage that we used instead of the cole slaw mix but other than that, followed the recipe to the letter.

This was a flop. In order to cook the cabbage through your lean ground beef will be rubber. I cooked it for family, We ordered pizza. The poster above who recommended cooked cabbage was on point. Still, this recipe will never come close to remotely resembling stuffed cabbage. A better name is crunchy meatloaf or coleslaw meatloaf.

Addendum: actually using regular ground beef instead of LEAN ground beef would have allowed the cabbage to cook without turning the meat rubbery. Again,.I should know better LOW CARB IS NOT LOW FAT. Ive lost 190lbs without worrying about "lean" anything. I weigh 160lbs and have for 6 years...nothing in my fridge is lean, low fat, lite etc.

Sorry it didn't work out for you Warren. Mine is not crunchy, but if you have a problem, I am sure steaming it with the cauliflower would work to make it softer. Perhaps the cabbage mix I use is cut finer. I always use a lean ground beef in meatloaves because it is less messy and keeps its shape. That is rather important in a rolled meatloaf like this one.

If you would like an alternative to casually flirting with girls and trying to figure out the right thing to do...

If you would prefer to have women hit on YOU, instead of spending your nights prowling around in filthy bars and nightclubs...

Then I encourage you to view this short video to uncover a weird little secret that might get you your own harem of hot women just 24 hours from now: