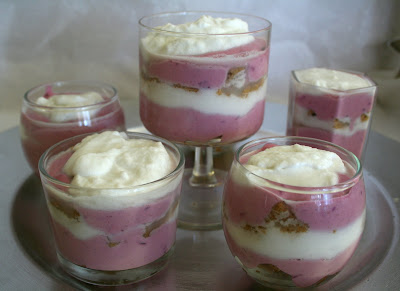 This recipe, while certainly delicious, was birthed in failure. You see, I am trying to come up with a good cookie pie crust to be made in my Babycakes cupcake maker. This was not it. I saw a recipe for a low carb shortbread type cookie, so I tried it. No. The nuts in the dough just burned in the machine and the whole lot stayed wet and goopy. Burned, yes. Crispy? No.

So after that failure, what to do? I placed the rest of the dough--which tasted wonderful uncooked by the way--onto my stoneware toaster oven pan. I baked it for about 30 minutes, and it still seemed wet. Granted it was the toaster oven, and my temperature numbers rubbed off years ago. In the mean time, I checked out the burned piles of "crust" I had discarded from the cupcake machine. To my amazement, the leftovers had hardened up nicely and were even almost crisp. Pearson, my avowed nut hater, even tasted and approved. So maybe the project wasn't a wash altogether...

I turned off the oven and left the crust overnight to cool. This morning, I had a nice, sturdy, shortbread type crust. I had scored the dough, and it even managed to break along score lines. The only problem was that it was decidedly too sweet after baking. That and the cooling effect of the ZSweet was a little noticeable. I have reduced the sweetener for you to try.

To counter the sweet, I knew I did not want to leave these as cookies, but rather, return to my original idea of pie fillings. Parfaits filled the bill. I made sure to make the cheesecake layer a little less sweet than I normally would to compensate for the crust. A few taste tests, and I had the right ratio. These really do taste like a berry cheesecake pie. Mmmm.

The next step involved a new idea I learned about on Pinterest. Whipping cold coconut milk into a whipped cream substitute. I had wanted to try it out, and this seemed like the perfect occasion. I read a few blogs and most seemed the same. Chill the full fat coconut milk, scoop out the fat solids, leave the watery part behind. Then whip as if using cream. My first challenge came with the fact that I couldn't find the difference between the fat and the water in the milk. The pictures I had seen looked obvious. My can was not. Perhaps there is a difference in brands. I choose those with no gums as additives. They might make a difference. My product whipped a bit--not super fluffy, but nice. I tried the slightly watery remnants in the can and they seemed to whip the same. I even tried adding a little xanthan gum. I don't know if it helped or not. So I am no expert, but the end result was good, even if it was not huge in volume. Maybe if you all try this, you can let me know which brands work best? I might have waited to blog about this recipe, but it might take a while before I make it again, so I decided to go ahead. Just the heads up that your mileage may vary on the coconut cream portion. Maybe yours will be even better.

So here is the recipe with every effort to make it intentional, mistakes corrected. I would make it again, just not now. I have too many other things to try...and I am going to try another brand of coconut milk whipped. Trust me, even the mistakes are terrific, and I am pretty sure this will work for you too.


Grind walnuts in a food processor. Add in coconut flour, salt, sweetener and butter. Mix until the butter is distributed in pea sized chunks. Stir in coconut oil by hand. Mixture should then be easily formed into a ball. (assuming the coconut oil is liquid and warm.) Press dough onto baking sheet and bake in a 325 degree oven for 20-30 minutes until lightly browned. Cool and crumble, setting aside to layer when the other steps are completed.


Chill coconut cream several hours or over night. Open can and remove the solidified fats, reserving the watery liquid for another recipe. Add vanilla and sweetener. Beat with hand mixer until the coconut milk is whipped and fluffy, about 2-4 minutes. Reserve one cup of the whipped coconut to stir into the cream cheese mixture.


Use a mixer or food processor to combine thawed berries and softened cream cheese. Stir in sweetener. Gently fold in the reserved cup of whipped coconut until just combined.


Into small individual dessert cups, layer the nut crust, then the berry layer, then the coconut cream layer. Repeat the layers. Fill all dessert cups and chill. Serves 6. 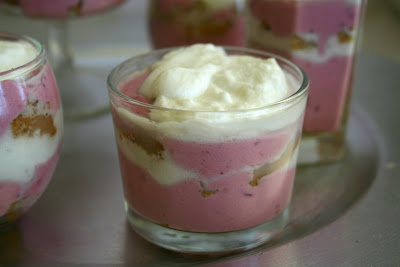 If creating recipes comes from salvage operations and winging it, then these are a good thing. We who cook and bake 24/7 usually learn to make do, rethink and "fix" kitchen mistakes. Sometimes, just sometimes, they are still worthy to share.

Posted by Lisa Marshall at 9:59 PM

I love, love, LOVE the dried coconut milk powder from http://wildernessfamilynaturals.com I can mix the powder to water ratio I want depending on the end use (1 powder to 3 for milk/ smoothies, 1:2 for a cream texture, 1:1 for a lovely dessert) and I have had great success mixing 1 cup powder to 2 cups almost boiling water, cool, put into my iSo whipped cream maker with a touch of sweetener and chill. It makes a lovely whipped cream that will keep for weeks in the whipper.

Thanks for the heads up. I was actually looking at that online and wondering about it.

The meaning of this is that you actually kill fat by eating Coconut Fat (including coconut milk, coconut cream and coconut oil).

These 3 researches from major medicinal journals are sure to turn the conventional nutrition world upside down!